The NYTimes’ has a great low-carb, keto-friendly recipe for spinach artichoke dip. Hooray!

Unfortunately, in my hunger and excitement, I did not have the patience to measure out the ingredients. So, for this meal (Ben and I ate it for dinner – he with bread and potato chips, I with a lowcarb tortilla and strips of bacon), I kinda just eyeballed the amounts until I thought things looked (and tasted) good.

Find the recipe here. A couple more pics of how mine turned out, plus a couple of notes after the cut. 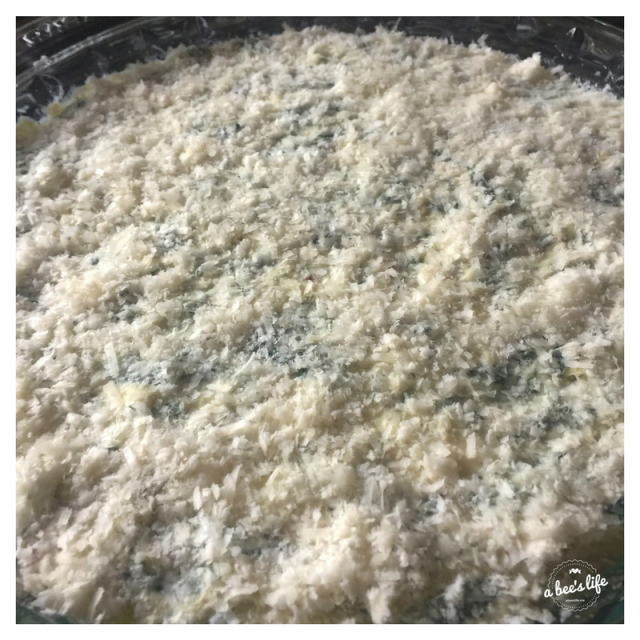 The NYT’s recipe suggests you can eat the dip without baking, but baking makes it SO MUCH BETTER. For maximum surface area, I spread the dip into a large pie pan, sprinkled heavily with parmesan cheese, and popped it under the broiler for 10 minutes.

It’s easy to go overboard and just pour the whole damn pie pan of dip into your mouth, but I’m a goddamn lady, so I don’t fuck with that shit. Instead, I made things ever the more complicated by making a little bowl out of a low-carb tortilla and filling it with dip. I wanna say it was about portion control, but really it was about claiming the majority for myself. Snooze lose, Ben!

I wish I could have some right now, but we ate it all. I finally I understand that saying about having your cake and eating it too. They should change it to “spinach artichoke dip.” More folks would get it.

Posted by Marie the Bee

Respond to An Unmeasured Approach: The NYTimes’ Spinach Artichoke Dip